Plants have directly contributed to the development of important drugs. The antimalarial drug artemisinin, the painkiller morphine, and the cancer chemotherapy taxol are just three examples of plant-derived drugs. Africa has up to 45,000 plant species, or about 25% of the world’s plant genetic resources. More than 5,000 plant species of this enormous African resource are used in traditional medicines. Medicinal plant specialists, Associate Professor Adeyemi Aremu and Professor Nox Makunga shed light on some of these plants.

Artemisia afra is the only species of its genus indigenous to the African continent. It is often considered a potential flagship plant due to its wide popularity and various uses in traditional African medicine. African wormwood has been used for coughs, colds, flu and malaria. Scientific evidence of its antimicrobial, antidepressant, antioxidant and anti-inflammatory effects has been reported.

African wormwood sparked global interest when it was promoted as having the potential to treat Covid-19 and was tested in laboratory studies. The extracts had some degree of inhibitory activity against feline coronavirus and SARS-CoV-2. But this requires further clinical study to reach a valid conclusion. The traditional uses and growing popularity of African wormwood have given rise to a number of commercial herbal products. But with insufficient clinical data, it is not yet known whether African wormwood is a treasure trove of new medicines.

Griffonia simplicifolia is a woody climbing shrub. He is from West and Central African countries including Benin, Cameroon, Ivory Coast, Gabon, Ghana, Liberia, Nigeria and Togo. In traditional African medicine, the seeds are said to exert several medicinal effects and have been explored as an aphrodisiac and remedy for diarrhoea, stomach-ache and dysentery.

The chemical properties of the plant have been widely studied. It was found to contain rich phytochemicals with enormous pharmaceutical value. In particular, the seeds are known as an excellent source of 5-hydroxy-L-tryptophan (commercially called oxitriptan) which the body uses to produce serotonin.

Serotonin is a neurotransmitter known to affect sleep, appetite, pain, and mood. It plays an important role in the treatment of depression, insomnia, obesity, and related health conditions, especially those associated with mental health.

Griffonia simplicifolia seed remains one of the most reliable and abundant sources. Commercial interest has grown over the years. Recent estimates put the annual bulk seed extract market value for the plant at between US$32 million and US$100 million, and demand is expected to increase by 7% per year.

Kanna is a succulent endemic to South Africa. It is uncommon in semi-arid areas and used for conditions related to stress, depression, pain and anxiety. The mesembrine-type alkaloids are dominant and generally responsible for kanna’s pharmacological effects as a psychoactive and mood-boosting herb. Zembrin® was developed as a standardized extract of the plant. It is used as a dietary supplement with the potential to improve mood, relieve stress, and improve cognition. The use of this species stems from the traditions of the Khoekhoe and the San.

Many other medicinal uses have been reported for this species as it can be used to treat headaches, abdominal pain, and respiratory ailments. Trimesemine™ (a commercially available extract with a high concentration of mesembrine) has been shown to act as a monoamine releaser, increasing serotonin, a chemical messenger produced by the body that is also known to regulate mood. It is potentially useful for attention deficit and other central nervous system disorders such as Alzheimer’s disease.

Strophanthus gratus, a vigorous evergreen climber, occurs in tropical regions from Senegal to the Democratic Republic of Congo. In traditional medicine, oleander has been used to treat snakebites, wounds, gonorrhea, constipation and fever. The root is considered an aphrodisiac.

Cardiac glycosides, which are organic compounds that increase the output force of the heart, are the signature compounds of the plant. In particular, ouabain has been identified as the major dominant glycoside in the seed.

Ouabain, a cardio glycoside, was isolated because of the way climbing oleander is used in traditional medicine. It is now used as a treatment for heart failure and arrhythmias or irregular heartbeats. Recent studies have also found a new use that may prove relevant for metastatic prostate cancer.

African ginger is native to western and southern tropical Africa, where it is found in about 30 African countries. This wide range of distribution likely explains its use for a variety of health conditions. These include respiratory problems (like cough and flu), pain, inflammation, and malaria.

Want to get the latest farming tips and videos?
Join us 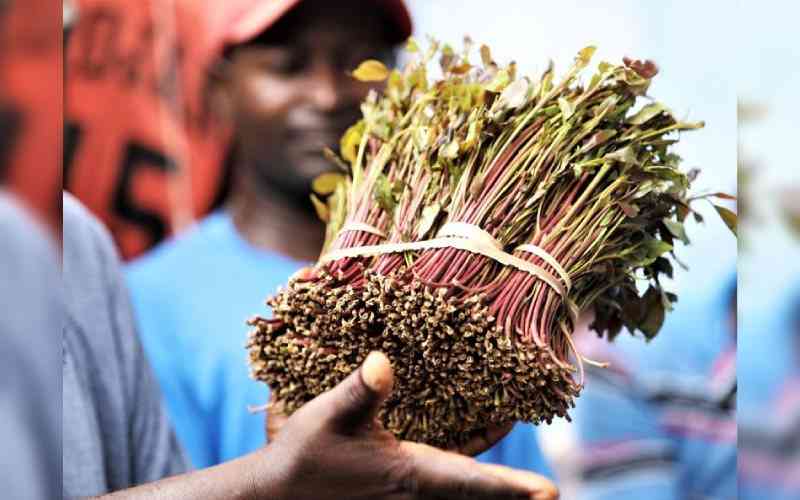 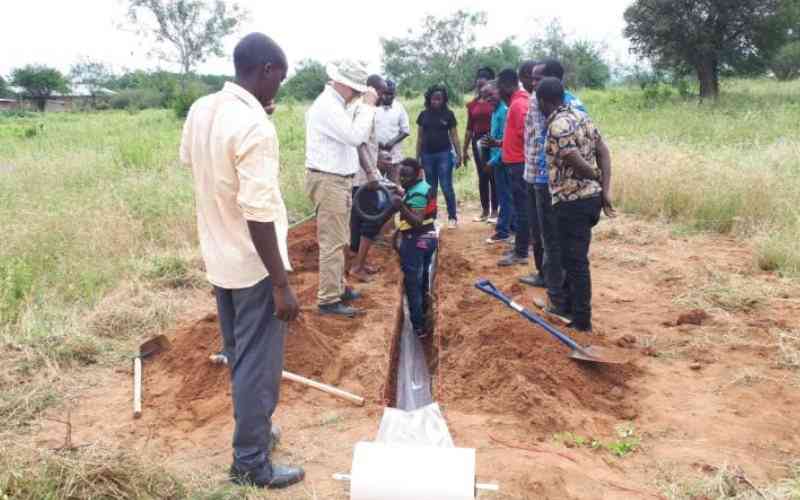