The park was established in 1992 under Decision No. 33/CT of the Chairman of the Council of Ministers (now Prime Minister) with a view to conserving the ecosystem in the mountainous areas of Nhu Thanh and Nhu Xuan districts of the central province of Thanh Hoa.

Ben En is nicknamed “Ha Long Bay on land” thanks to its pristine natural beauty. A highlight of its magnificence is Ben En Lake, which covers an area of ​​about 4,000 hectares and is tens of meters deep. The lake, consisting of Thuong (upper) and Ha (lower) lakes, is located about 200 meters above sea level and has a calm surface with clear water all year round.

With a total area of ​​14,734 hectares, Ben En National Park has a combination of diverse terrain ranging from mountains, rivers, streams to lakes, creating different types of ecosystems, especially the rainforest ecosystem in evergreen on karst lowlands and mountains, and river, stream, and lake ecosystems.

The diversity of the ecosystem has resulted in biological diversity, endowing the park with a large number of strictly conserved species of fauna and flora. Recent studies show that Ben En is home to six divisions of flora with 1,389 species of vascular plants belonging to 650 genera and 173 families, including 29 species in the International Union for Conservation of Nature (IUCN) Red List and 42 in the Vietnam Red Book. .

The biodiversity of Ben En National Park has been highly appreciated by international scientists. After a trip to this place, Dr. Manfred Nienisch, Managing Director of the OroVerde Tropical Forest Foundation, wrote in the park’s memorial book that Vietnam has rare biodiversityand that only a few countries in the world are home to such a diversity of species of wild fauna and flora.

Considering the rich biodiversity of the park, its management board recently conducted a scientific project to study and assess the status and conservation and sustainable development of medicinal plants in Ben En from 2020 to 2022.

Among a number of rare species here, many are valuable medicinal plants. Due to the high economic value of the plants, local residents exploited them but did not replant them, resulting in the gradual loss of these flora species. 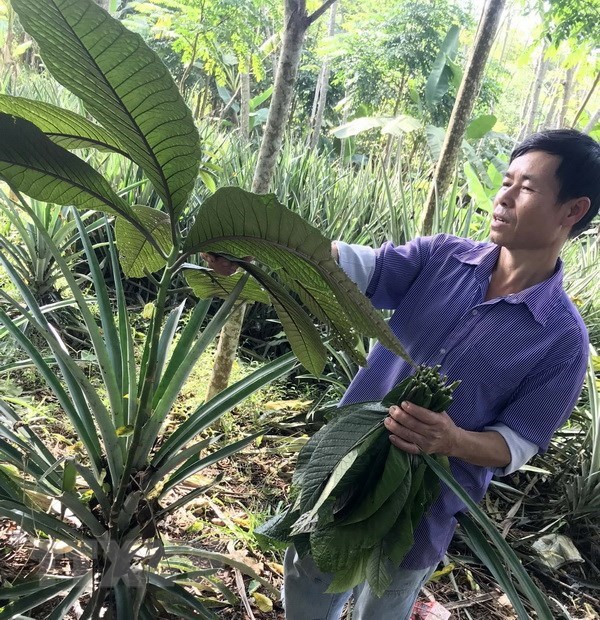 Nguyen Dinh Hieu, deputy director of the Ben En National Park Management Board, said that so far the project has identified the distribution and threats to endemic and rare medicinal plants with high economic value.

Project staff compiled a list of 374 species of rare medicinal plants belonging to 119 families, collected and created 450 samples, and made distribution maps of some species. They succeeded in producing seedlings and made planting models of “hoai son” (Rhizoma Dioscoreae), “thien nien kien” (Rhizoma Homalomenae occultae), “tho phuc linh” (Smilax glabra).

In the coming times, the Park Management Board will study to identify medicinal plant species and gather local residents’ knowledge of plants. In addition, they will distribute 2,000 leaflets on some rare medicinal plants, organize communication meetings in 26 hamlets in the central and buffer zones of the park and organize trainings for 1,300 local residents and cadres to improve their conservation knowledge. .

The board of directors plans to publish a book on certain medicinal plants and to make videos on the subject. They will also develop plant cultivation techniques, aiming to create 9,000 seedlings of ‘hoai son’, ‘thien nien kien’ and ‘tho phuc linh’ for sowing plants in the buffer zones.

The implementation of the project would have helped the council to conserve and develop rare medicinal plants, thus contributing to the supply of materials for the production of medicines and the conservation of biodiversity./.

An integrated, environmentally friendly approach to the conservation of medicinal plants and natural pollinators

Use of Mzansi medicinal plants on the rise

Seminar on Conservation of Medicinal Plants Held at IUST Today

Medicinal plants that help cure it